i love this video for it's simplicity. sorry. not gonna shut up about this until november 4th. :)

i've spoken with a few friends from other states who have a hard time reconciling their friendships with the homosexual community with their beliefs that marriage should be between a man and a woman. how can we deny rights. in california, we have the advantage. Rights are already the same for any couple. This page helped me understand that.
http://www.ca-trusts.com/Domesticpartners.html

This really isn't about rights. it is about defining marriage. :)
Posted by k N d at 9:19 AM 2 comments:

I just discovered this link and had to share it. It's from NPR about the ramifications of the legalization of same-sex marriage.

so, last night we read that an elementary school took a class field trip to a lesbian wedding. wowee. if that's not infiltrating the schools, i don't know what is. Granted, at least they gave the parents the opportunity to opt out...but they took a school bus and did it on a school day. now, have they ever taken a field trip to a heterosexual wedding? i would love to see it. sorry. i'd rather spend my tax money on learning mathematics and science. thanks though. :)
Posted by k N d at 4:29 PM 2 comments:

why do we cARe About pRop 8? eLdeR bedNAR sAys it peRfectLy!

phew. this week has been busy! we went to orlando to visit jamie and disneyworld. SO much fun! not only did we get to go to all four parks at disneyworld but we also got to see the kennedy space center and the orlando temple. plus, we had an EXCELLENT tour guide. 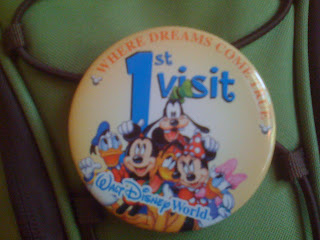 so when it is your first visit at disneyworld, they give you these buttons. we also got a happy birthday one for dave to wear on his birthday the day we got home. so wherever you go, the employees ask you how your first visit is going and if you need help or anything. on your birthday, they scream happy birthday at you, and they have buttons for many other occasions... gotta love disney! 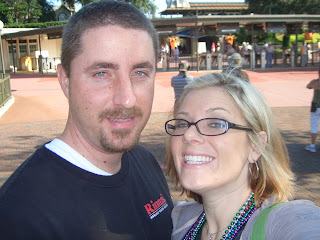 our first picture the morning we got there. bright and early before we met jamie at the park. 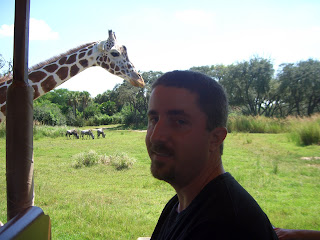 we spent the first day at animal kingdom...where they have this fantastical safari ride with no fences and animals all around you. this giraffe walked right in front of the truck across the street so we had to slow down. i took the picture early so we could really look when it passed by. so fun! 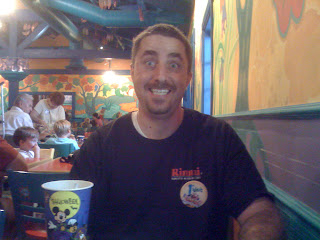 i believe this picture captures disney at its best. anything that can make dave smile this big is worth whatever it takes to get there. :) thanks dave for being so excited for the camera. :) 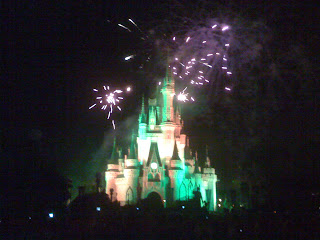 jamie got us in to mickey's not so scary halloween party. OH MY GOODNESS! so much fun! trick or treating in a half empty park. the show was a "not so scary" halloween show. where the main characters are the villans like ursula and jafar. and the ghost from the haunted house. done in a way that only disney could do halloween. even i, being anti-halloween, loved it. they had a parade and it was so much fun. this little hussie hit on dave and i had to claim my man. haha. 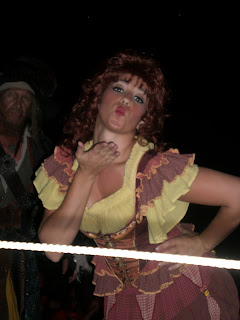 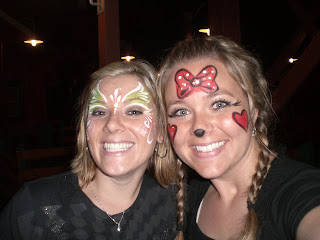 since it's free at the not so scary party, couldn't pass it up...this was a first for me. apparently jamie ALWAYS gets minnie mouse. dave passed on the face painting saying "he'd probably get a rash." only after he had left us in line did i find out that it was all water based paint and completely hypo-allergenic. have no idea how he snuck so easily out of that one... 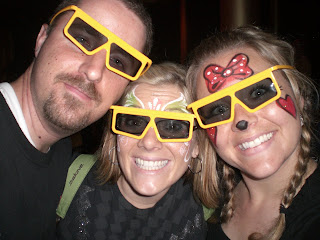 putting on 3d glasses for what had to be the 50th 3d show of the day. i was getting the biggest headache! but this one is the best. mickey's philharmagic. so much fun. 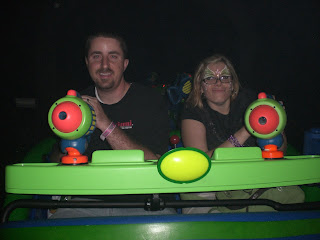 the buzz lightyear ride. jamie kicked butt the first time, but dave smoked us both the second time. 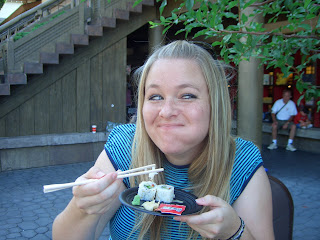 next day at epcott. jamie tried sushi for the first time, so i had to document it. congrats love... on to the sashimi next... 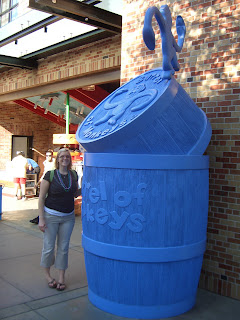 yeah, and the monkeys were hung across the road like christmas lights. SO fantastical. i had to get a picture. :) 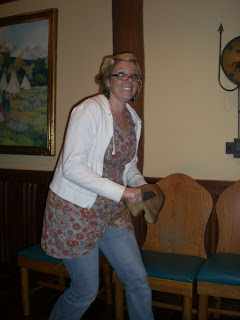 we went to this super obnoxious restaurant and i had to ride around the room singing happy birthday to the waitress at the top of my lungs... like i said, gotta love disney... 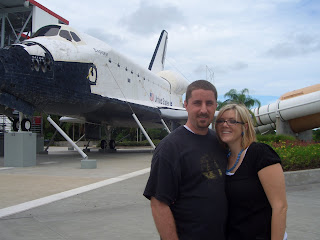 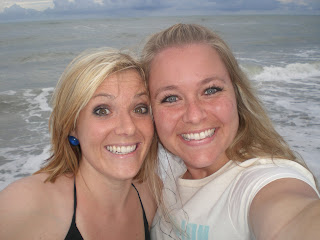 and just before taking a quick jump in the atlantic. yes. just me. haha. dave freaked me out right before telling me that alligators swam in the atlantic! so it was real quick... 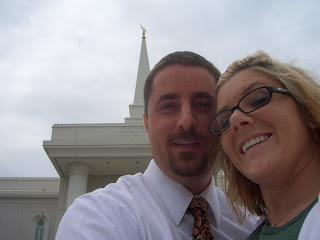 quick stop at the orlando temple before we headed out of town. so pretty! 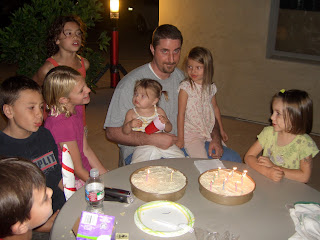 and the day after we got home was dave's birthday. we had a birthday party for him...i promise, there was more there than chilren. :) but i just love this shot. he really wanted a "huge twinkie" for his birthday cake so i found a recipe for golden sponge cake and made whipped cream frosting. unfortunately, i couldn't get it out of the pan so it's not so twinkie like. but it tasted good. plus, we had a pinata and a delicious bbq. it was so much fun. happy birthday dave. xoxo
Posted by k N d at 8:14 PM 7 comments:

k d L
we'Re just a coupLe of doRks who feLL iN Love, got mARRied, & hAd A bAby oR two...the Rest of the stoRy wiLL take foReveR